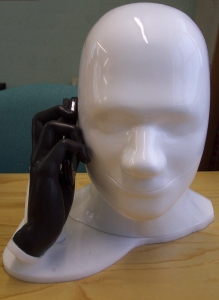 As you might expect, there have been a lot of reviews of the science over the years - and there is a lot of it to review: over 25,000 published papers spanning five or more decades. There is a useful summary of the newer ones provided by the International Committee on Electromagnetic Safety of the Institute of Electrical and Electronics Engineers (IEEE) (opens in a new window). This link covers over 80 reviews at last count, and statements from independent expert groups, and if you follow it it provides further links to the actual reports of those groups. There is a lot of reading there, but they are pretty consistently saying that there doesn’t seem to be an issue. It’s important to realise that the thousands of scientists across multiple disciplines involved in these reviews are independent. They work in universities, health protection agencies and radiation protection laboratories. There are one or two other reviews which disagree, but they lack credibility because they are not independent. One in particular – the Biointiative report – is often cited because it contains some quite lurid claims about harm from phones. It is worth looking at the reception the Bioinitiative review got from its scientific peers. It was criticised for its methodology and lack of balance by the Health Council of the Netherlands, the Australian Centre for Radiofrequency Bioeffects Research, the European Commission’s EMF-NET, the IEEE Committee on Man and Radiation (COMAR), the German Federal Office for Radiation Protection, the French Agency for Environmental and Occupational Health Safety and the Indian Council of Medical Research, amongst others. There is also a strong critique of it from Science-based Medicine. You also may read reports of 200 or so scientists writing appeals and letters to various people to express their view that RF is harmful. Those people are not any more representative of the scientific consensus on this issue than the authors of the Bioinitiative report, and are not in general EMF specialists.

One fundamental issue that informs against low-level EMF effects is that there is no plausible biophysical interaction mechanism. We know that ionising radiation damages cells and DNA, either directly or by creating radical pairs by knocking electrons out of water molecules in the body. That’s a scientific fact. But EMF can’t do this. If it were able to cause harm it would have to be via a different mechanism. Various mechanisms have been proposed for low frequency (50/60 Hz) magnetic fields, which mainly involve electrical interactions at the cell membrane, but these remain theoretical despite considerable effort to confirm them in laboratory studies. For higher frequencies, there's an even bigger plausibility gap. We have very good theoretical and experimental evidence that tells us that above about 10 MHz, cell membranes are electrically invisible. This means that any putative mechanism that involves the cell membrane as a target (and that is most of them) is physically impossible at telecommunications frequencies. As an example, the claims of Martin Pall are often cited as an example of a possible mechanism for adverse effect. Pall claims that channels in the cell membrane that controls the movement into and out of the cell of calcium ions are affected by RF. These channels are voltage-gated, that is they can be triggered by applied voltages. This is one of the proposed mechanism for 50/60 Hz effects. Pall has assumed that it still can be applied at frequencies almost a hundred million times higher. This is simply incorrect. Those channels can’t be gated by any applied voltage at those frequencies because, at those frequencies, the membrane is an equipotential and so there can be no voltage to gate the channels. We can conclude that for telecommunications at least, there is not plausible.

There is also the question of why, after more than three decades of phone use, are we not seeing any risk at population level. This is addressed in more detail on our page asking where the bodies are (new window)